Many of us are either in the business of making things or hiring someone to make something for us.  We may qualify ourselves as artisans in this way and the breadth of this qualification encompasses virtually every occupation in the architecture and construction industry from the carpenter customizing cabinetry to the college professor shaping future architects to the urban planner laying out our neighborhoods and cities.

But what are the underlying fundamental principles of this making?  Can we benefit from knowing these principles that our own making be more conscious and conscientious?  This first in a series of articles, to be published on a periodic basis, will convey these principles and illustrate them as found in nature.  Following the dictum art imitates nature, subsequent articles will illustrate and discuss these principles as found in the various disciplines of architecture and construction, the artificial environment.

By artificial environment, we refer to anything made.  Therefore, let us first consider what it means to be a maker of things, an artisan.  An artisan is the maker of art and art is defined as follows:

Art - Right reason in things to be made

This right reason refers to an artisan's good education in the correct principles of his art or practice in order to make things well. What, we ask, are the most fundamental principles that an artisan needs to know to do his or her art well?  The answer to this question revolves around the general inquiry: "WHY?"  Why is the artifact of the artisan made in such a way or why did it become something different than it was.

Here we are speaking of the notion of causes.  Ancient philosophy and the nature of things describe four causes:  material, formal, efficient, and final.  These four causes, which are understood separately but act in unison, answer this question of why.  They are divided in pairs into intrinsic or extrinsic to an object.​​​​  Consider the following illustrations of the causes as demonstrated in nature. 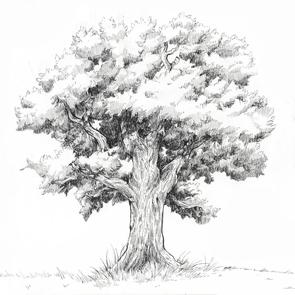 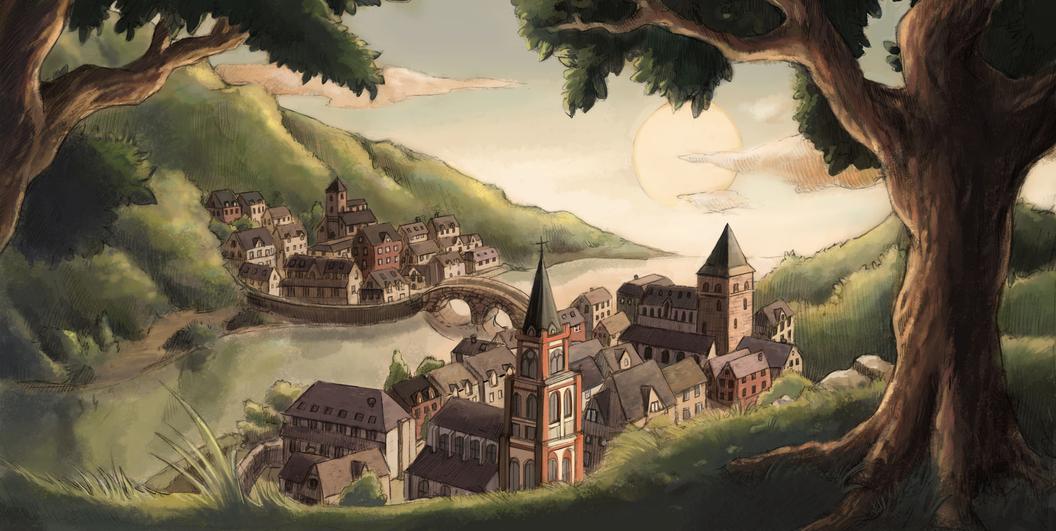 Causes that exist within an object

That out of which something is made or exist.

On the microscopic level, the oak tree is composed of elements - carbon, hydrogen, oxygen, nitrogen, phosphorus, and sulfur being the predominant ones.

That into which something is made or exist.

The universal "whatness" of a thing - not the form, shape, or outline, but the thing's essence.  We show here the acorn, which represents the essence of the oak tree, having the oak tree existing in it as a potentiality.

Be at liberty to send me comments or questions below.  I will answer to my best ability and post some of your comments. 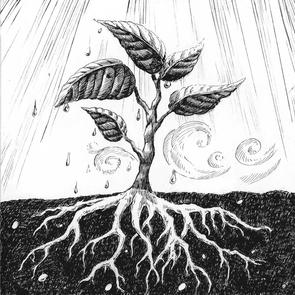 It is the most elusive for two reasons.  Firstly, because it is in reality the same as the form (formal cause) of a thing or agent because every agent acts for an end and it is this acting or tendency to an end which we call final cause.  This tendency will seek to acquire the perfection of an agent either as an innate directing principle in a natural object or as reasoned directing principle in man.  Men act and make things in view of a perceived good aim which will contribute to a greater perfection of his own or the general populace.

From this point, we see the importance of asking ourselves the following question about the thing we are making: What is           the essence of this thing and what perfection or goal is it seeking to acquire?

It is elusive, secondly, because the final cause exists first only as a potentiality and comes into existence only at the end.  For example, in nature, the acorn is only potentially an oak tree; and in art, the stack of lumber is only potentially an oak table.  Over time, the perfection of the form, as instilled by Divine Intelligence in the acorn or conceived by human intelligence in the lumber, will come to be by maturation or labor.

This aspect of final cause emphasizes to us the importance of having a clear and worthwhile vision of our goal from the               beginning and before any activity be undertaken, as well as understanding that this vision will only become reality at the                       end of an often arduous path.

The final cause holds the primacy and is called the "cause of causes" because it causes the other causes and because, as explained above, it exerts its influence first.  For example, a landowner conceives the end of possessing and enjoying a Victorian style home, which first moves the constructors (efficient cause) to erect and craft with fitting materials (material cause) according to a Victorian pattern described in blueprints (formal cause).

The critical question here is to ask ourselves: What is the purpose of what I am making and how does this purpose shape the       materials, methods, and the very thing I am making?

A second and important consideration about the final cause concerns hierarchy.  In order to arrive at an ultimate end, there exist intermediate and subordinate ends.  Let us take an example familiar to all of us: human nature.

Thank you for your comments and for reading the article!

THE UNDERLYING PRINCIPLES OF ALL THINGS MADE​ 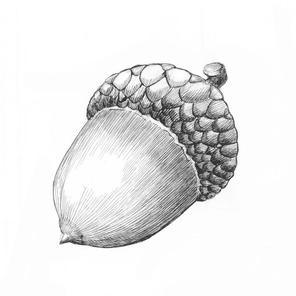 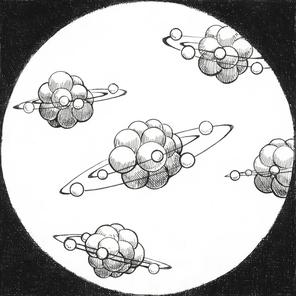 Causes that exist without an object

That by which something is made or exist.

Among the causes, this cause is the most easily understood and most often explained.  It is the external forces acting on the thing; here, the sun, wind, water, and nutrients assimilating themselves into the sapling.

That for the sake of which something is made or exist.

Among the causes, this cause is the most difficult to understand and the most neglected in explanation.  In natural objects, such as this oak, it is the innate directing principle of the oak, guiding it to the perfection of the form of the oak, a mature oak tree.  See below for a continuation of the conversation about this cause.